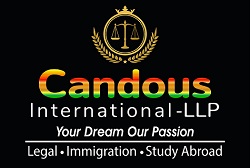 Canada is a federation of ten provinces and three territories. Under the Canadian constitution, provincial governments have exclusive responsibility of all levels of education. There is no ministry or department of education at the federal level.

Canada’s three territories, Yukon, Northwest Territories, and Nunavut, do not have the same constitutional status as the provinces, but with respect to education, the federal government has delegated this responsibility to the territorial governments, which, in turn, cooperate with the provinces to deliver post secondary programs.

Canada also has the highest ranking cities in North America for living according to the Mercer Human Resource Consulting Worldwide Quality of Living Survey 2007. This ranking is based on two important criteria of safety and stability. Five Canadian cities ranked within the Top 25 cities in North America include Vancouver, Toronto, Ottawa, Montreal and Calgary.